What you need to know about the latest IPCC climate report

The catastrophic impacts of the climate emergency may soon outpace humanity’s ability to adapt, according to the latest report by the UN’s Intergovernmental Panel on Climate Change (IPCC). Many regions may be unable to adapt at all if we continue to delay action.

Written by 270 researchers from 67 countries, and approved by 195 national governments, the 3,600-page IPCC report presents a startling summary of the current state of affairs. The sixth assessment report articulates the practical impacts of the climate change we’re already experiencing and those that will happen as the planet continues to warm.

The report stresses that climate change and associated extreme weather events affect all regions of the world today. Not by mid-century, nor a decade from now. Right now. 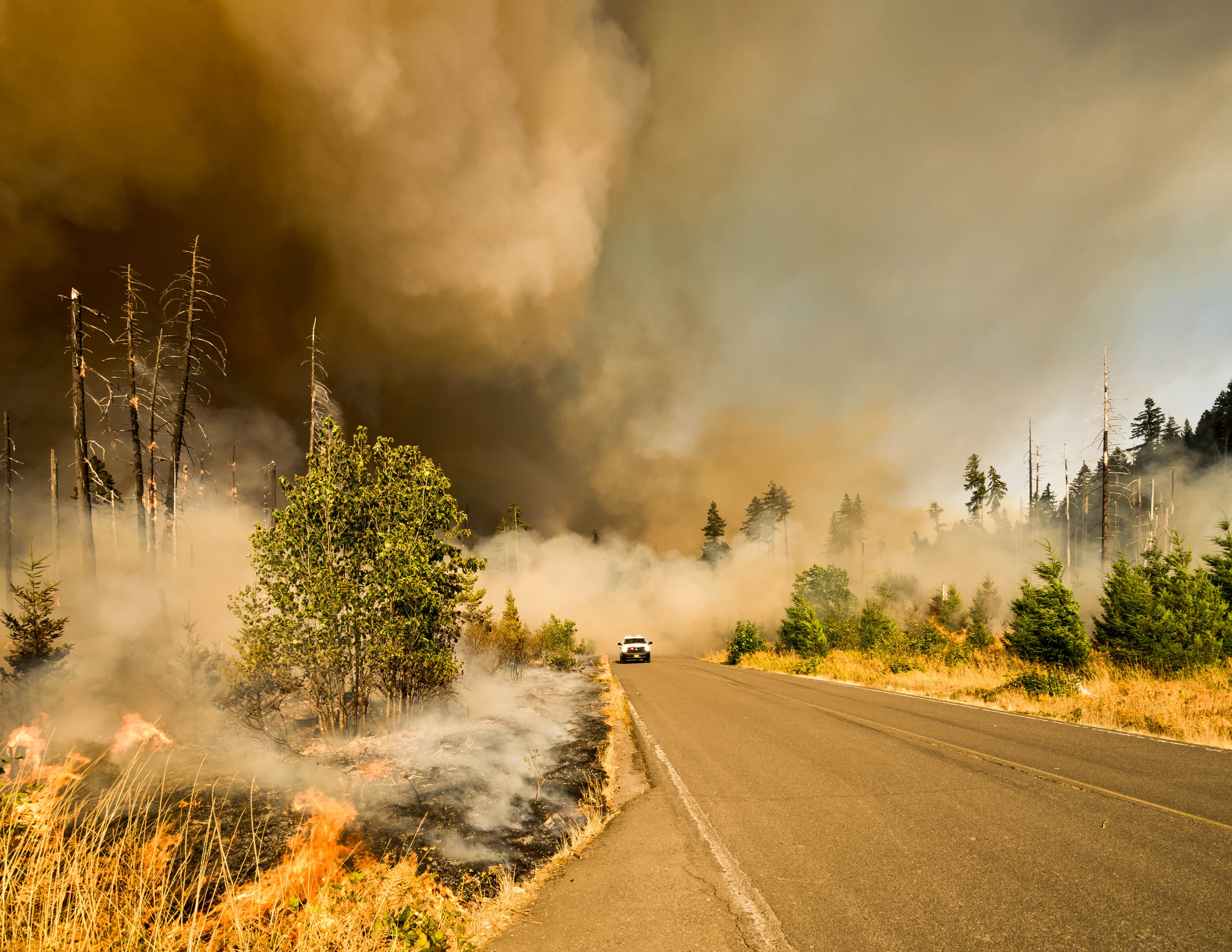 Every region of the world is currently affected by climate change at an unprecedented rate.

Our food and water supplies, cities, infrastructure, economies and health are all being affected at alarming and compounding rates. According to the report “The impacts we see today are appearing much faster, they are more disruptive and more widespread than we expected 20 years ago.”

Globally, 3.5 billion people are already being forced to adapt to climate change. Roughly half of the world’s population currently experiences severe water shortages. Densely populated areas like India and Pakistan are already becoming too hot to support human life. In the last 30 years, major crops yields have decreased by 4-10% globally. More than 18% of all species on land are at a high risk of extinction. 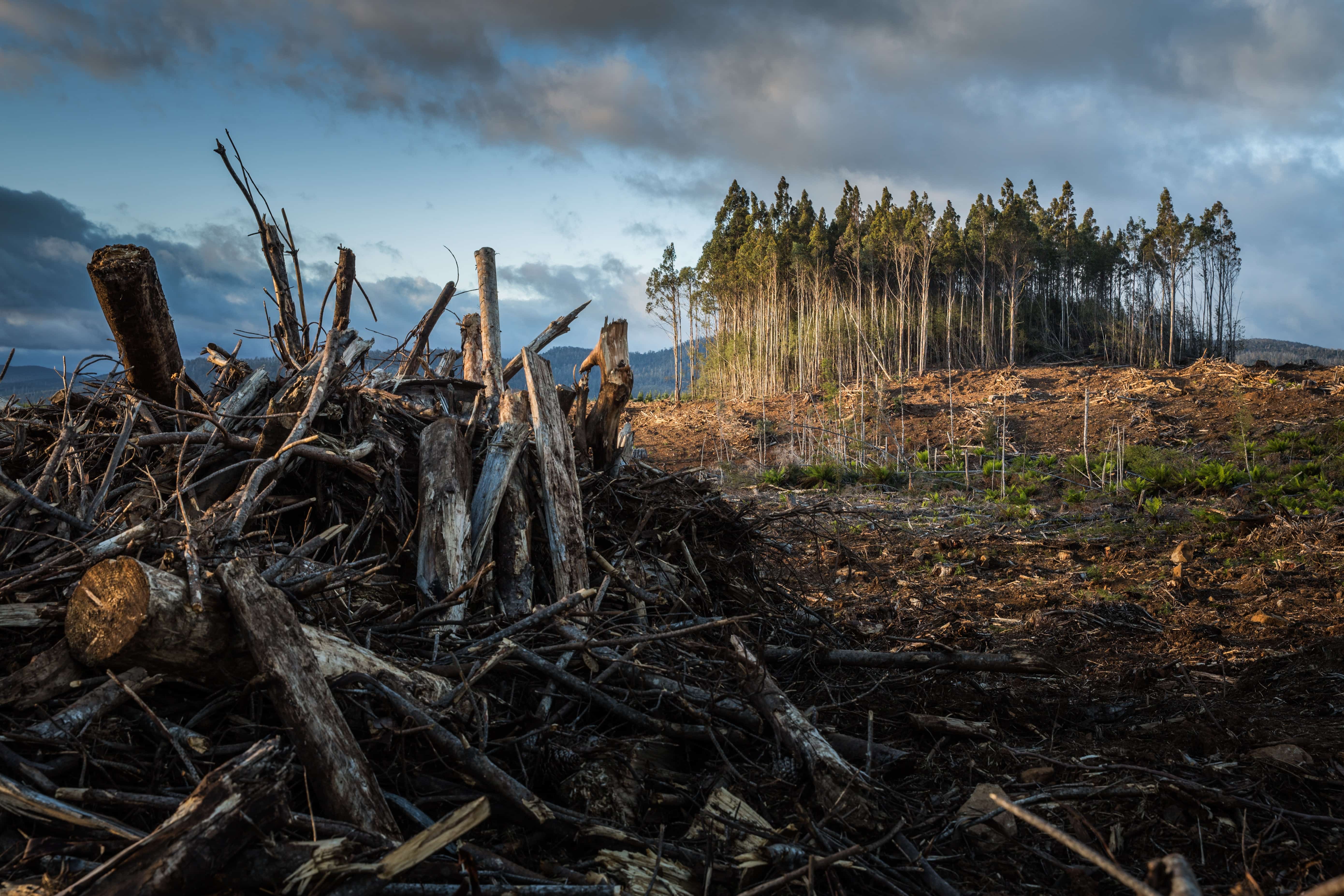 This report stresses that each incremental increase in global temperatures drastically impacts the effectiveness of adaptation measures. Every degree matters. The authors also conclude that we’re past the point of avoiding disaster altogether. Instead, we must adapt and build resilience against our changing climate. Now, it is not a matter of when, but how terribly, we will feel the climate disaster.

World leaders have agreed on a target limit of 1.5 (or 2.7 degrees Fahrenheit) degrees Celsius. To achieve this, virtually all greenhouse-gas emissions would have to be eliminated by 2050. We’re already at 1.1 degrees. The previous IPCC report, conducted by Working Group I, shows that the world will probably reach or exceed 1.5 degrees C (2.7 degrees F) of warming within just the next two decades. Current policies are set on the path of creating an additional 2 to 3 degrees Celsius of warming by the end of the century. 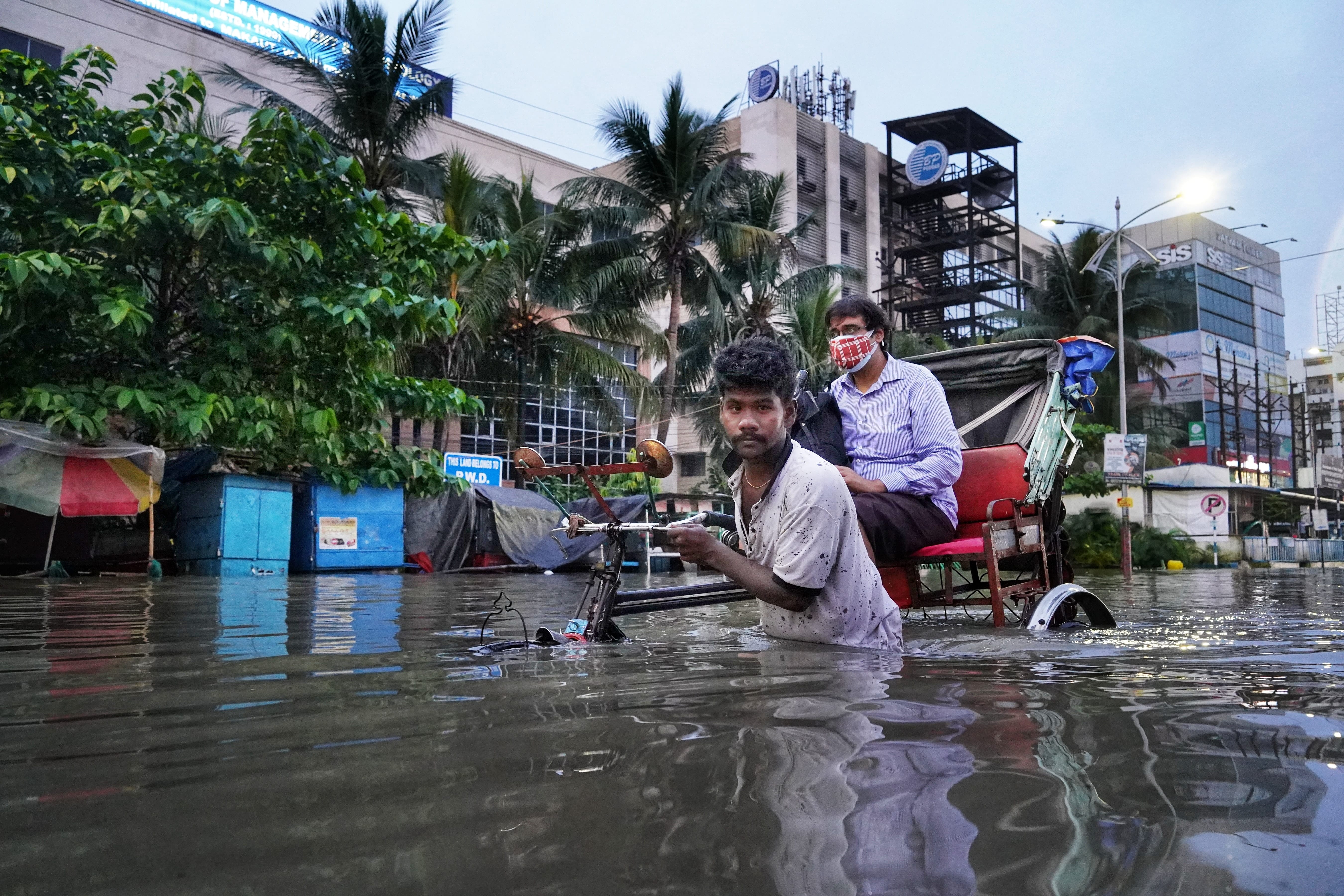 Every fraction of a degree of warming leads to more dangerous and costly impacts.

For example, by mid-century, more than a billion people living in low-lying coastal areas in south and southeast Asia are projected to be at risk from climate hazards, forcing many to move to higher grounds. That encapsulates roughly 1/9th of the total projected global population. According to the report, with 2 degrees Celsius of warming, 800 million to 3 billion people will experience chronic water scarcity due to droughts. The percentage of the global population exposed to deadly heat stress is projected to increase from today’s 30% to 48-76% by the end of the century, depending on future warming levels.

While developing countries disproportionately feel the impacts of climate change, the United States is not immune to climate change perils. It will continue to get much worse. The report finds that “Even if global warming is limited to 1.5°C, human life, safety, and livelihoods across North America, especially in coastal areas will be placed at risk from sea level rise, severe storms, and hurricanes (very high confidence).” The report also highlights that the risks to food production, water supplies, economic production, human health, infrastructure and biodiversity are incredibly high.

The report goes as far as to compare the effects of climate change on North America in this century to the impacts of European colonists on Indigenous populations. It says, “Recent climate-related changes represent cultural threats similar to the ones that occurred when European settlement began in the Americas over 500 years ago.”

So what are we doing about the impending climate disaster? The report concludes that while adaptation is occurring, it isn’t happening fast enough, nor is it effective on its own.

Limiting global warming to 1.5 degrees C by the end of the century is still within reach, but requires transformational change.

The authors write, “It is clear now that minor, marginal, reactive or incremental changes won’t be sufficient.” Drastic greenhouse gas reductions must coincide with fundamental changes to the global order. The report finds that “Adaptation is essential to reduce harm, but if it is to be effective, it must go hand-in-hand with ambitious reductions in greenhouse gas emissions because with increased warming the effectiveness of many adaptation options declines.”

It sounds like a tall order, right? Thankfully, the very thing we are destroying offers our best chance at success–nature.

Nature offers much more than simply recreation. Natural ecosystems provide clean air and water, carbon storage, food and oxygen, amongst other services. Many of these services are essential for reducing climate change risks. However, it’s important to note that only healthy and diverse ecosystems can provide the services necessary to lower climate hazards. The IPCC assessment report found that ecosystems’ capacity to deliver these services relies on conserving 30 to 50% of the Earth’s surface (land, freshwater and ocean) and sustainably managing natural resources. 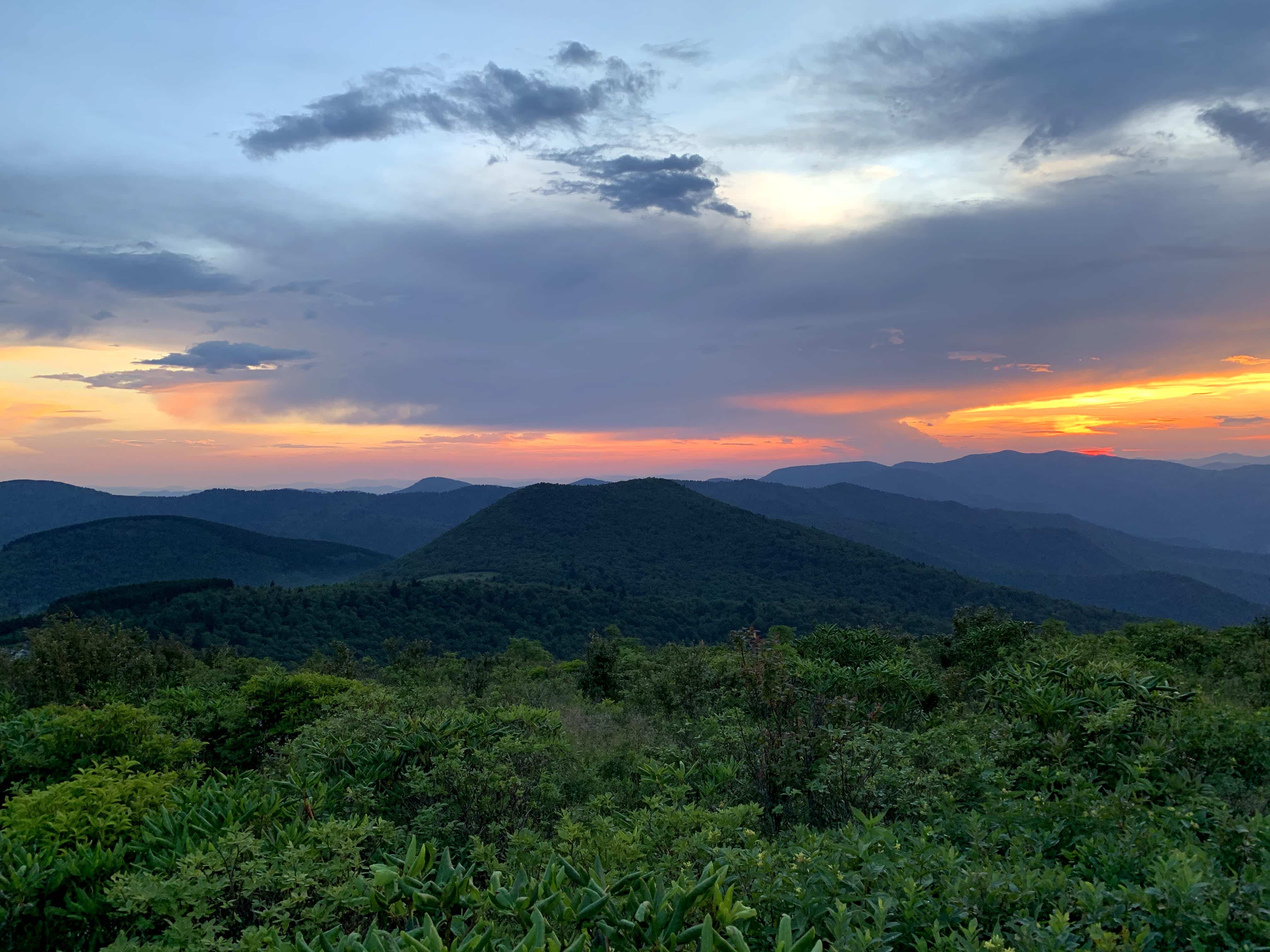 “Nature offers a lot of untapped potential, not only to reduce climate risks, and deal with the causes of climate change, but also to improve people’s lives. By restoring and safeguarding ecosystems on land and in the ocean, we help plants and animals to build climate resilience. Nature, in turn, can help us regulate the climate, give us clean, safe water, control pests and diseases and pollinate our crops,” the report explains.

Nature is a major solution to the climate crisis. And it is a relatively inexpensive option, as well. A 2017 study led by Conservation International’s Bronson Griscom found that nature can help provide nearly a third of the emissions reductions needed to stay below 1.5 degrees Celsius of temperature rise.

While conserving and restoring nature is a key solution, it is not a silver bullet. Sweeping and fundamental changes to society, integrating Indigenous knowledge and local community input, changing where we live, modifying existing and new infrastructure, and much more are also emphasized in the report. Plus, of course, drastically and rapidly lowering carbon emissions.

Many climate change impacts are here to stay (widespread wildfires, rising sea levels, etc.). And if we do not seriously limit CO2 emissions, the natural disasters we see today will seem mild in comparison to future extreme weather. It could become catastrophic. But there are solutions; we must lean in and get to work. Or we simply won’t have a livable planet. Here at Windlift, we’re doing just that. Our mission is to create energy for a sustainable civilization. We aim to deliver with our Airborne Power Generator (APG). The Windlift APG offers a unique piece to the energy puzzle; a piece that is highly mobile, agile and incredibly powerful. It could become the lowest-cost source of electricity in the world.

Power When and Where You Need It.