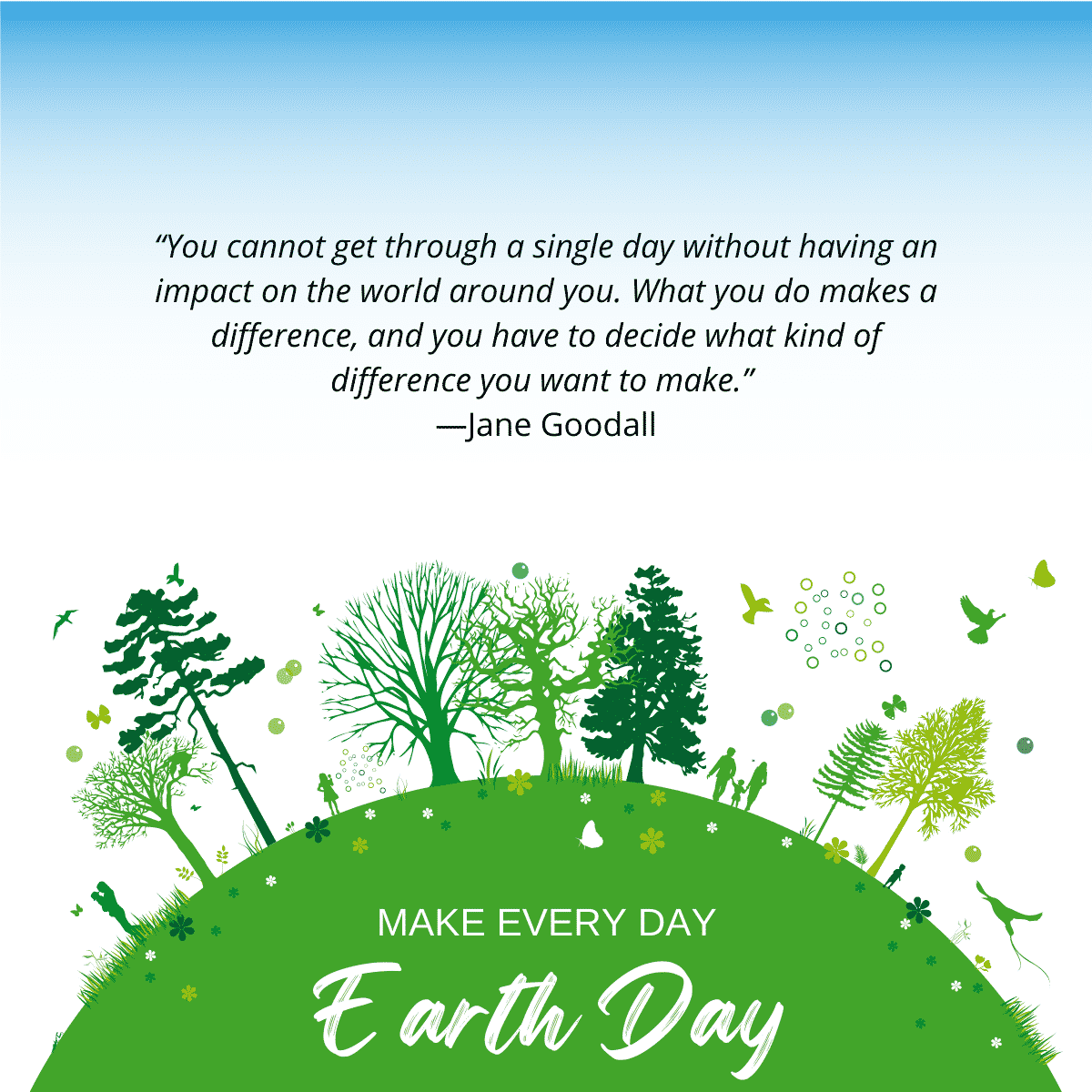 Finding hope during the climate crisis

But first, check out a few ways to get involved in Earth Day.

There are plenty of ways to get involved. You can get great information on climate change, local clean-up events, and more at the official Earth Day website. You can also connect with your local environmental groups to learn how you can get involved in the ecosystems near you year-round!

This is the moment to create transformative change for an equitable and sustainable future. It can feel like an uphill battle, so keep reading to learn why there are reasons to hope on Earth Day 2022.

A 2019 report by International Renewable Energy Agency shocked the world by demonstrating that unsubsidized renewable energy became the cheapest source of energy generation in most circumstances. In 2020, solar power was declared the cheapest source of electricity in history by the International Energy Agency’s World Energy Outlook 2020. Building new renewable energy is already cheaper than running existing coal plants. Finally, the cost of energy storage has dropped by more than 90% over the past ten years.

These declining costs are projected to continue, spurring mass adoption and entry into new markets.

The world has made significant progress in slowing climate change.

Even two degrees Celsius is a big deal, which the International Panel on Climate Change (APCC) report repeatedly stresses. But every degree matters. Even one-tenth of a drop in average temperatures could save lives by reducing natural disasters and resource scarcity. For example, at 2 degrees of warming, as many as 3 billion people globally will experience “chronic water scarcity,” according to the IPCC climate report. This increases to 4 billion people at four degrees. From 3 to 4 degrees, every tenth of a degree will impact millions of additional people.

Support for climate action has steadily risen in the last decade, with more Americans wanting stronger federal action. Six-in-ten Americans said global climate change is a major threat to the country in a 2020 study, up from 40% in 2013. Nearly two-thirds of U.S. adults (64%) say protecting the environment should be a top priority for the president and Congress. Roughly half of these participants say the same for dealing with global climate change, according to a January 2020 survey. This is the first time environmental protection rivals the economy among the public’s top policy priorities. 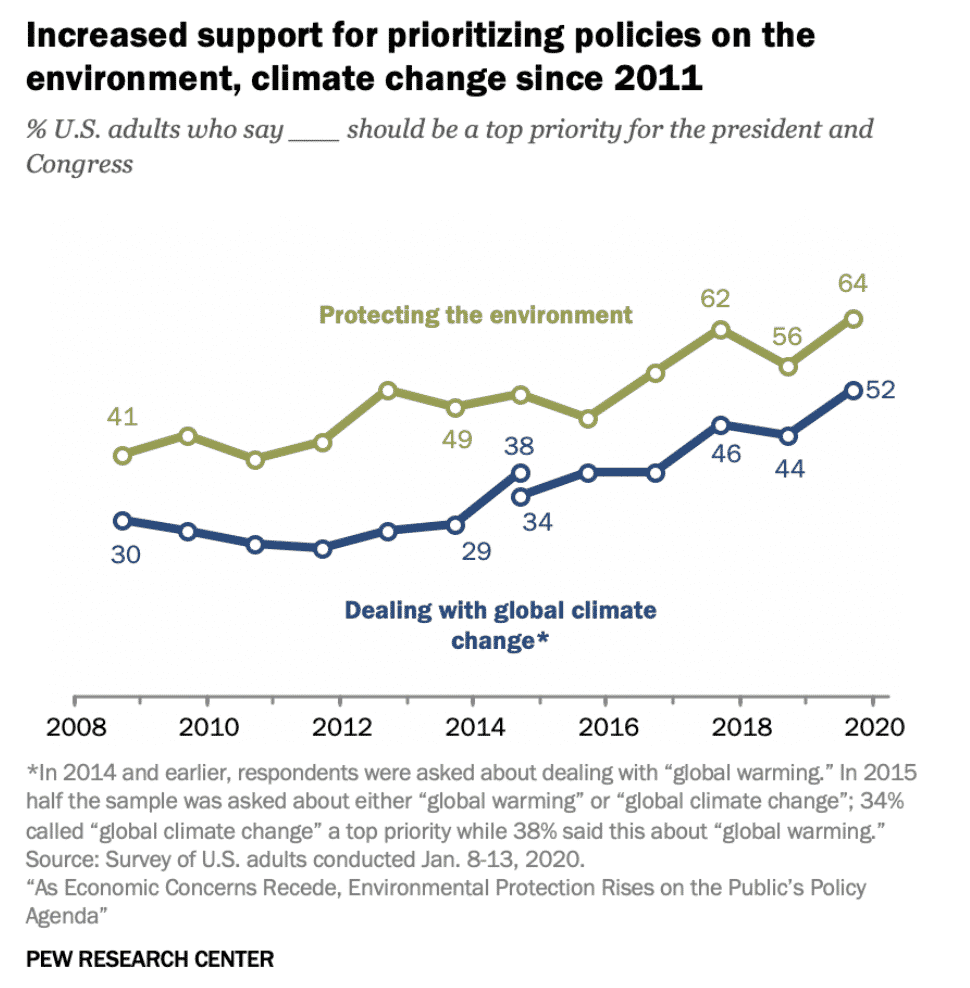 The youth aren’t backing down.

Greta Thunberg gained international attention by striking outside of the Swedish parliament in 2018. By 2019, global climate marches occurred regularly, with millions of people urging their governments, business and individuals to get serious about addressing the climate emergency.

Many American activists have followed suit to make an impact on their community. While it’s inspiring to see youth activists leading the charge, we cannot let them do it independently. We can support these activists by supporting their court cases, sharing their stories and hearing and acting on their calls to action. 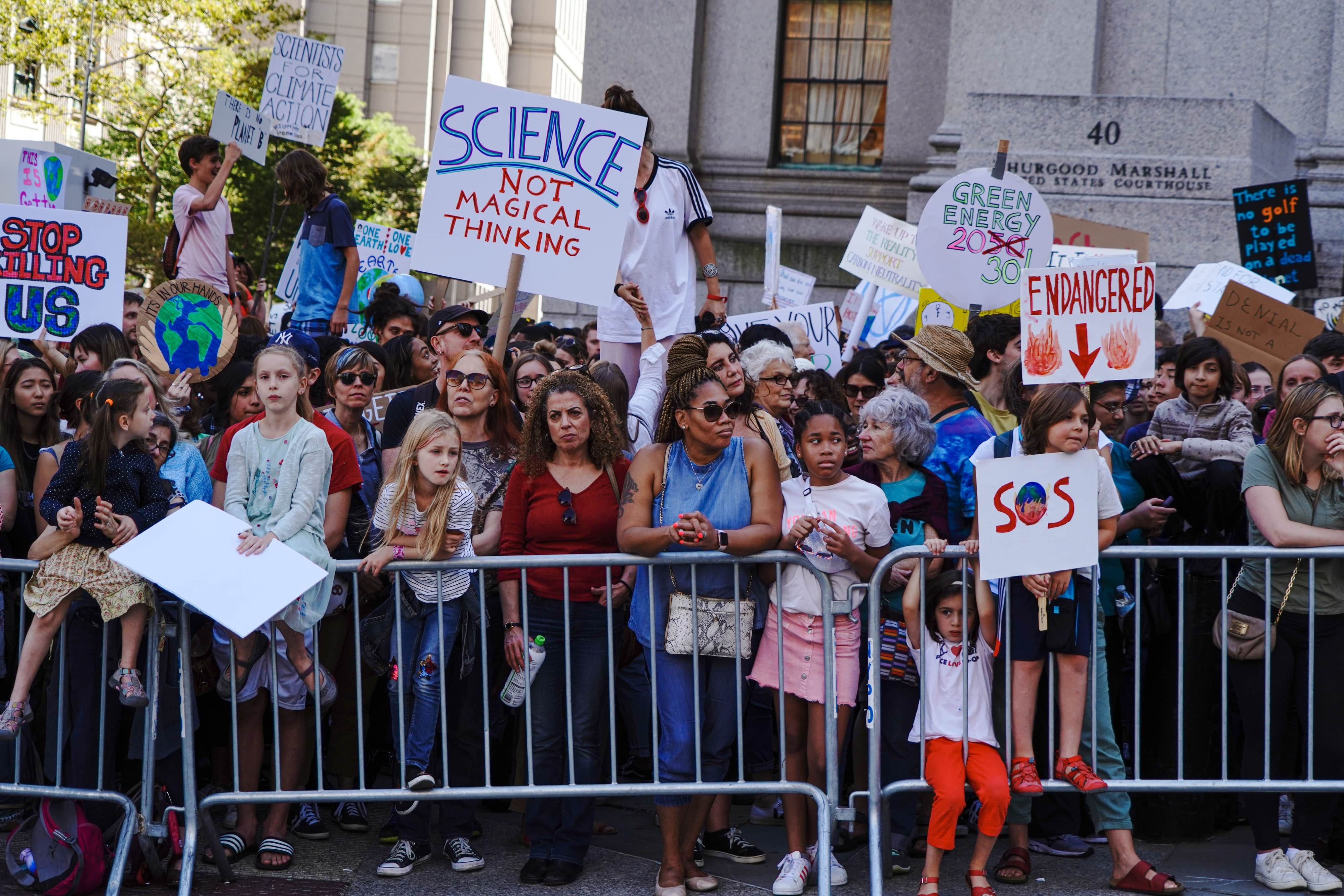 Cities and towns are demonstrating leadership in climate action.

Cities worldwide are taking matters into their own hands with climate action. Many are switching to renewable energy sources. Several have already made the change to 100% renewable energy. Promoting public transit and energy efficiency is another method cities use to lower carbon emissions.

Cities are also divesting from fossil fuels and putting their money elsewhere. The divestment movement began on college campuses and spread to large and small cities worldwide. According to Fossil Free, over 500 institutions divesting together represent approximately $3.4 trillion in assets.

So far, 45 of the 100 largest U.S. cities have adopted serious climate pledges. While many of these cities have fallen short of their targets, some succeeded. Taken together, the 45 communities that have met their targets will eliminate 6% of total annual U.S. emissions compared to 2017 levels. This is equivalent to taking 79 million vehicles off the road!

Corporations and businesses are stepping up.

Consumers want to support ethical, sustainable and purpose-driven companies – and businesses are noticing. For example, the number of certified B Corporations has tripled in the last five years to 3500, spread amongst 70 countries. B Corp certification designates companies with business practices that meet high standards of social and environmental performance, accountability and transparency. The guiding idea is that companies can harness the power of business to benefit society and the earth. Thankfully, many innovative companies are flipping the script on capitalism. When shopping, try to take the time to check if the company aligns with your values. All of our actions matter!

Climate action creates millions of jobs, and everyone loves jobs.

Decarbonizing the economy will require a significant amount of work in retrofitting for energy efficiency, transportation, renewable energy and climate adaptation. The good news is that this transition will create millions of well-paying, long-term jobs in communities throughout the country. Hundreds of thousands of jobs have already been added. 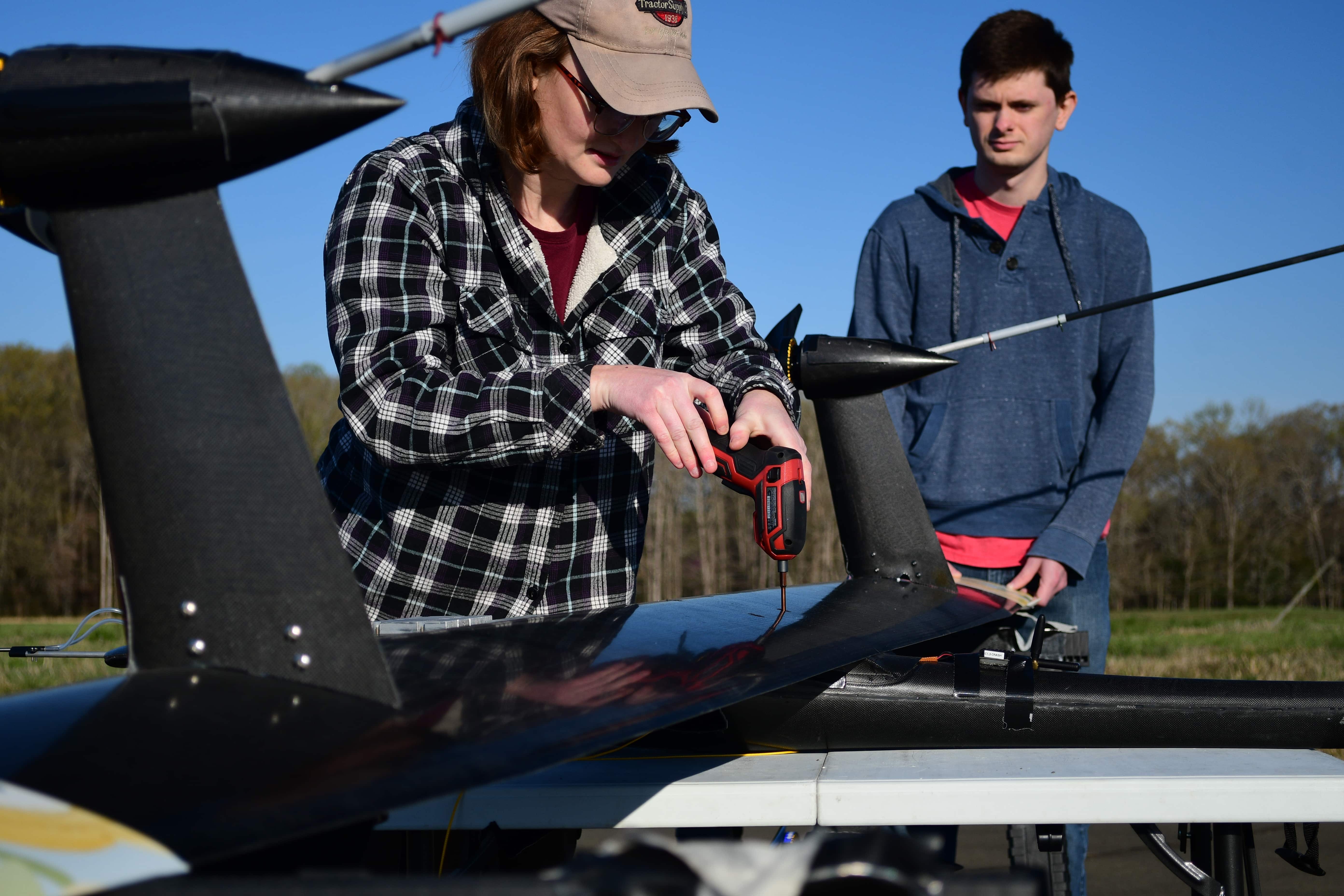 Fossil fuel jobs are already declining, and market factors will only continue to drive this descent. A just transition that provides the training, support and sustainable job opportunities is critical in urging these fossil hub communities to move towards a clean economy. Thankfully, renewable energy jobs can uplift fossil fuel communities as the industry winds down.

The potency of the climate emergency becomes more apparent every year. While there is more work to be done, we have definitely made progress. The price of critical renewable energy technology is rapidly declining. Even in the face of uncertain policy, gains are staying steady. Public opinion is shifting in favor of climate action. Youth activists are energizing the environmental advocacy movement. Cities, towns and businesses are picking up the mantle in the face of constrained federal action. A clean energy transition will continue to create millions of well-paying jobs. There are reasons to hope. Next week, check back in to learn how you can take climate action.