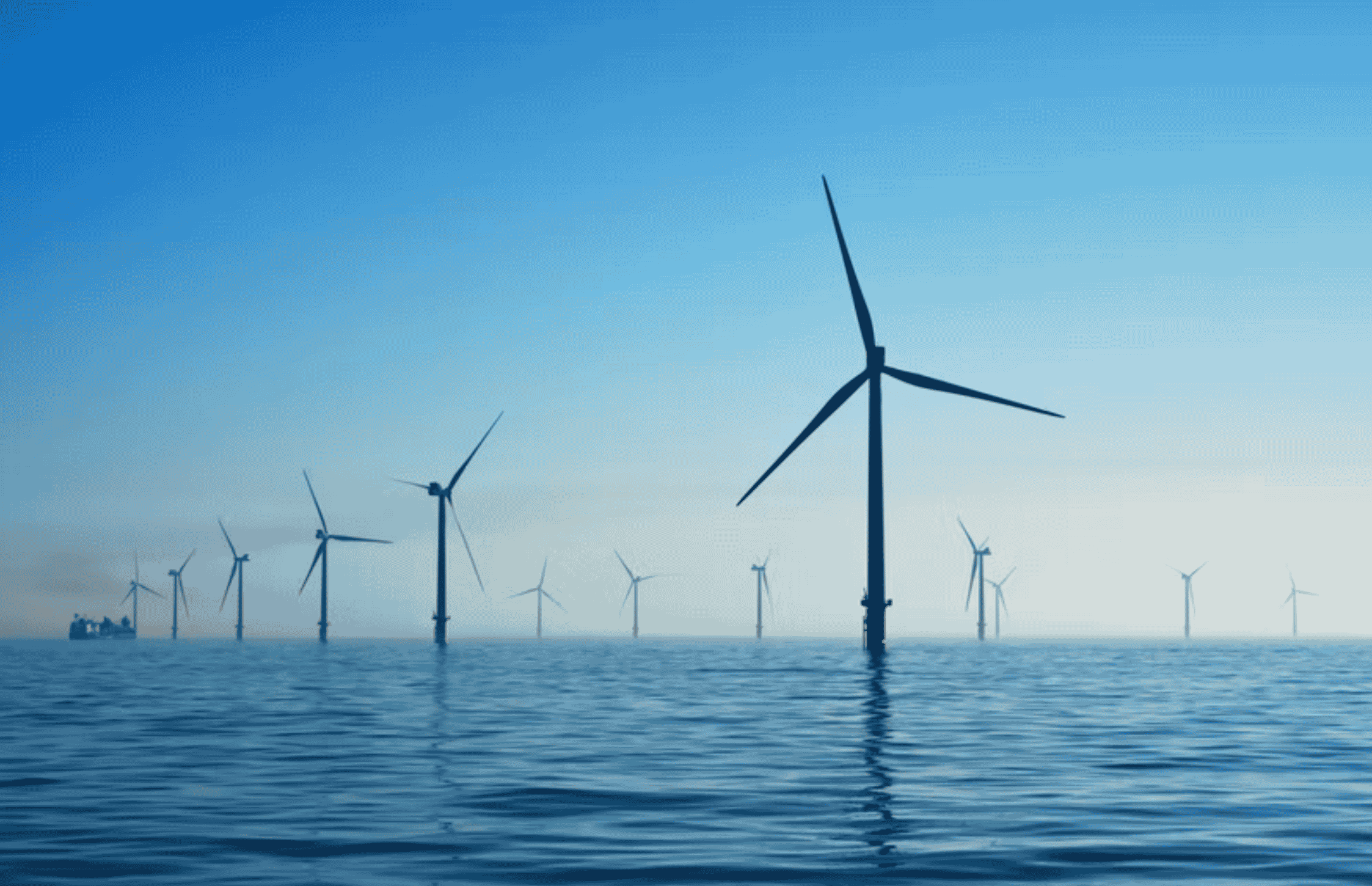 Offshore wind energy could bring over $140 billion to North Carolina

North Carolina is known for its exceptional solar capabilities, but what about its wind energy? Recent advancements in wind energy technology have made wind energy an economical and reliable source of power in North Carolina and throughout the Southeast. Wind energy can help combat climate change while creating high-paying jobs in manufacturing and shipping turbine components.

Katharine Kollins, president of the Southeastern Wind Coalition, explains that “we just haven’t seen the market recover for land-based wind because solar got a lot cheaper during that same time period, and wind has just gotten harder to develop because of policy and regulatory uncertainty. It becomes really tough for developers to want to play in that field.”

Two years ago, very little existed in the offshore wind space, but this is quickly changing. Converting a mere fraction of offshore wind into energy could provide all of North Carolina’s energy needs.

Offshore wind turbines boast many advantages. First, enormous turbines can harness more energy than their smaller, land-based counterparts. Blades are the length of a football field, and towers are 30 stories high. Ocean winds also tend to be more consistent and powerful than those over land. Plus, erecting turbines in the sea is a comparatively simpler task than onshore. The federal permitting process, while lengthy, is easier than navigating a patchwork of local ordinances, negotiating leases with landowners and defending against wind energy critics. Finally, offshore wind provides energy during time periods that solar doesn’t. This helps to create a reliant and sustainable electricity grid.

Disadvantages could be turned into economic development and job growth

Offshore wind is still more than 3X the cost of onshore wind. It is one of the most expensive forms of energy overall, largely because the blades, towers and cables are produced overseas and then shipped to the United States. But, that problem could become a solution for job growth domestically. If the parts were manufactured and assembled on the East Coast, jobs would skyrocket while costs plunged. According to one analysis from the National Renewable Energy Laboratory, increased demand has already helped cut offshore wind prices in half since 2016.

North Carolina already has a robust manufacturing sector – the largest on the East Coast – making it “well positioned to attract a significant portion of a more than $100 billion market opportunity,” according to an NC Department of Commerce news release. North Carolina could become ground zero for the offshore wind supply chain industry. A recent March 2021 report issued by the NC Department of Commerce serves as a blueprint for building this exact possibility.

Cooper recognizes the exciting opportunity offshore presents for job growth and economic development. In June 2021, Cooper issued an executive order that set offshore wind development targets for North Carolina of 2.8 gigawatts (GW) by 2030 and 8.0 GW by 2040. This executive order creates a directive for securing the jobs and economic development associated with the industry’s estimated $140 billion investment over the next 15 years. These targets will also help the state reach another 2021 directive to reduce greenhouse gas emissions from the state’s power plant sector by 70% by 2030.

Unfortunately, not all policies are supportive of offshore wind. A looming offshore wind moratorium comes into effect on July 1st. Imposed by President Donald Trump in 2020, a moratorium on new offshore leasing activity (including oil and gas) bans offshore wind leasing through 2032 from North Carolina to the Florida Keys. Though there are bipartisan efforts to override the moratorium, nothing has passed. Stakeholders believe it would take Congressional action to remove the ban.

“You still can develop a good 4 gigawatts or more of offshore wind off the coast of North Carolina. It’s just that the moratorium affects the planning process the most. Because these projects take so long to develop, if you don’t have that pipeline certainty, especially as the utility, then they’re just less likely to say that we can do this,” says Kollins.

Projects in the works

One 2.5 gigawatts (GW) project is already underway off of the Kitty Hawk coast, but it will likely serve Virginia instead of North Carolina because it’s in the PJM regional transmission organization.

Another project is in the works, called Wilmington East and Wilmington West. The sites sit 17 and 11 miles from the shores of Brunswick County. So far, the project has experienced a lot of pushback from the county commission and half a dozen beach towns in the area. Many of these towns tend to stress their support for wind energy as long as it is out of sight. The Wilmington West project is unlikely to proceed, while Wilmington East just underwent a sale. A recent report by the Southeastern Wind Coalition found that the Wilmington East project will not negatively affect the sightlines from Bald Head Island and other coastal communities.

“Clean energy, including offshore wind, is not only good for our planet but for our pocketbooks,” said Governor Cooper.  “This taskforce brings together government, the private sector, advocates, community leaders and the military to help North Carolina take advantage of the economic opportunities that offshore wind manufacturing and the associated supply chain presents.”

After being largely dormant, offshore wind is clearly about to take center stage in North Carolina.