Marine Corps Personnel Argues for a Switch to Renewable Energy

Windlift has been a proud partner of the United States Marine Corps since 2011. This partnership began when Windlift won a Phase I Small Business Innovation Research (SBIR) contract to design a trailer-mounted 24 kilowatt (kW) Airborne Power Generator (APG).

The Marine Corps is the United State’s expeditionary force-in-readiness. They play a major role as the first force on the ground in most conflicts. As a result, the Marine Corps can not rely upon the conventional energy grid. They must bring their power with them wherever they go. This necessitates a force that can produce, store, distribute and utilize energy as efficiently as possible. The less fuel, the better. Securing reliable and sustainable energy is crucial for the Marine Corps’ ability to rapidly deploy and sustain operations, as explained by Marine Corps Major Andrew Butler in the February 2022 Marine Corps Gazette.

The Marine Corps and the Department of Defense (DOD) at large have traditionally relied on fossil fuels to power operations at home and abroad. For example, ​​In FY 2017, the DOD consumed over 85 million barrels of fuel at a cost of nearly $8.2 billion. Fossil fuel dependency and the corresponding supply lines present a major obstacle for the DoD. One that is complicated and exceedingly dangerous for those operating in expeditionary locations, such as the Marine Corps. The DOD understands this, particularly after the war in Afghanistan, in which fuel delivery to forward operating bases was a significant difficulty. It has been trying to diversify its power supplies for a decade now and continues to bring sustainable technologies to the field. The latest Operational Energy Strategy highlights how saving fuel is the top priority. 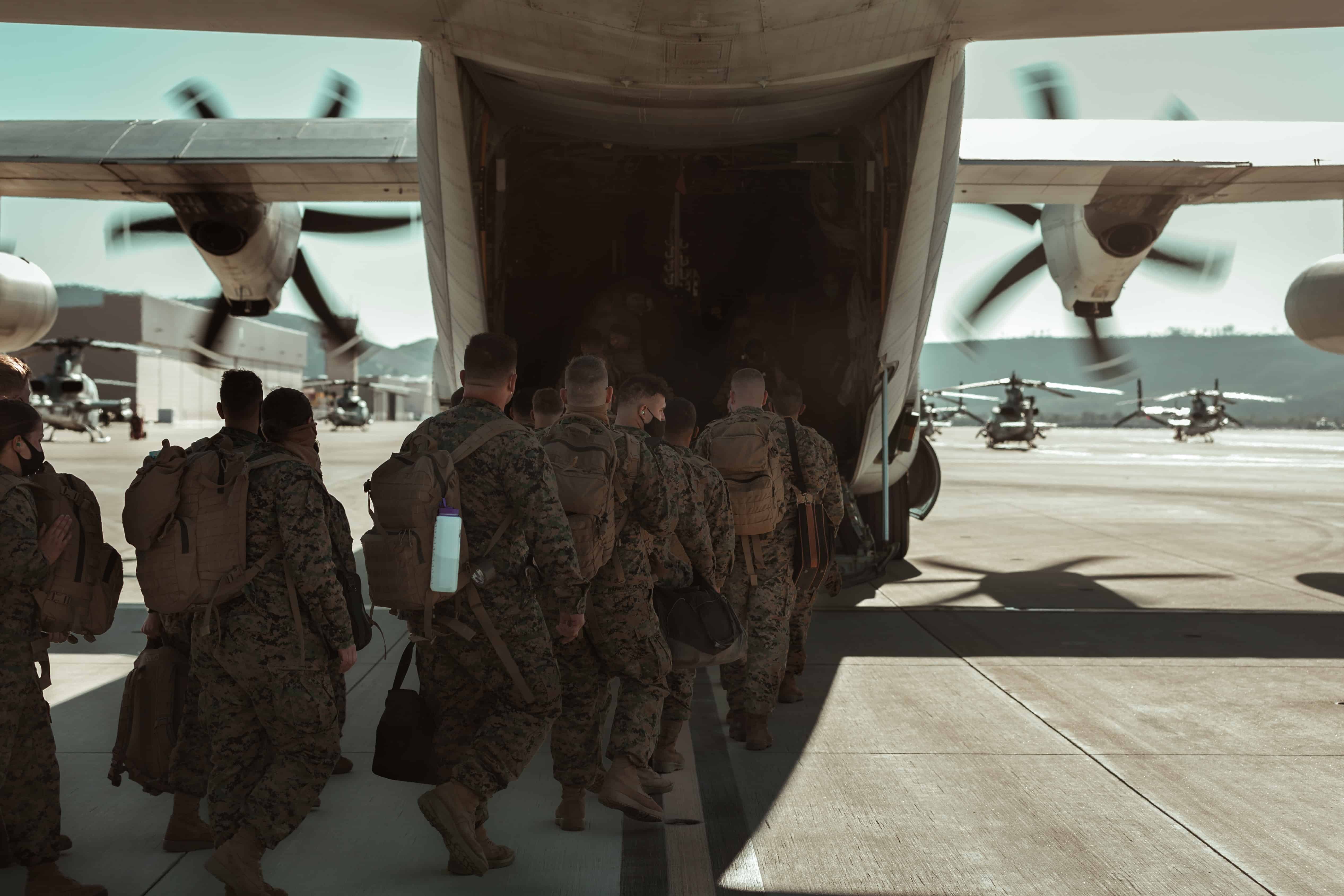 Sustainable technologies improve capabilities and decrease risk. Thankfully, solar, wind and battery are now at cost parity with fossil fuels. According to a report from Carbon Tracker, a European financial think-tank, solar and wind power could price fossil fuels out of the world’s electricity markets by the mid-2030s. By 2050, solar and wind could replace fossil fuels entirely. One of the driving factors for this rapid transition is that it will be significantly less expensive to generate new solar, wind and battery infrastructure than it will be to maintain legacy systems.

Butler argues that the vulnerabilities and inefficiencies of fossil fuel present the Marine Corps with a reason to transition to a new energy structure. He writes, “This structure, grounded in sustainable energy production and storage, will be a central enabler for high-tempo distributed expeditionary operations. Eliminating a reliance on strategic energy supply lines will permit the Marine Corps to become a ghost force, which can appear and operate with impunity.” In short, renewables provide agility, maneuverability and resilience. These technologies untether forces from tenuous energy supply lines, which is beneficial in a multitude of ways.

Butler says, “When analyzing risk to reward, it is fundamentally riskier to stay the course and forego change. The battery future is inevitable; time is not on our side; the information is widely available; and if we desire more proof before we act, it will be our peril. The Marine Corps has a responsibility to win the next war, not the last one.”

To learn more about exactly why and how the Marine Corps will benefit from sustainable technologies, read Butler’s full article on LinkedIn.

Since 2011, Windlfit has responded to the Marine Corp’s changing requirements by creating a significantly smaller system. Windlift is now designing a two-person carry APG that can be deployed in under 30 minutes. The renewable energy density (kW/lb) of this APG will be approximately seven times greater than the GREENS solar system that is currently deployed by the Marine Corps.

The Windlift APG delivers power when and where you need it most. Head over to our applications page to learn about the various industries the Windlift APG can impact.