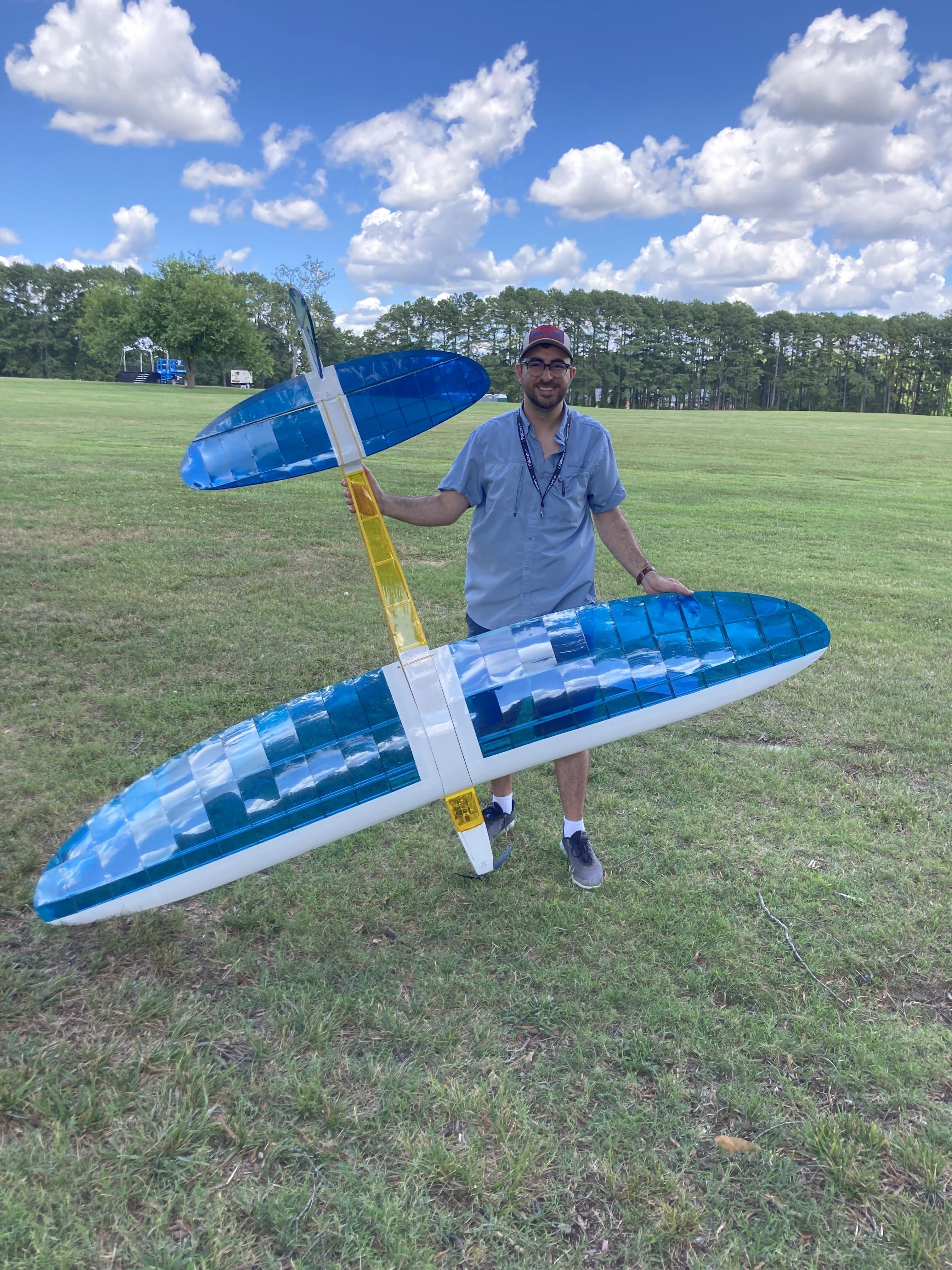 Pedro Silhy flies gliders in more ways than one. He joined Windlift in June of 2021 as a UAV design engineer but had been flying model radio control aircrafts for years. He’s currently creating a 102-inch glider that he hopes to enter into a competition.

Pedro, born and raised in El Salvador, was working on his Master’s in Tampa, Florida before joining the Windlift team. Unsurprisingly, he says that Florida is a wild place where shark fins show up in beach parking lots.

He’s always “had a proper concern for the environment and has a respect for it as it’s the only place we live in.”

His background in aerospace engineering at Embry–Riddle Aeronautical University prepared him for the creative problem-solving needed to address the unique challenges of airborne wind energy technology.

“I was fascinated with the concept of a tethered aircraft,” he says. “I was excited to learn about airborne wind energy and to specialize in a growing niche in the market. I saw that opportunity as something unique that I couldn’t find anywhere else.”

Pedro’s job entails a handful of things. He primarily works with computer-aided design (CAD) software to draft parts of our technology, the Airborne Power Generator (APG). Using this method allows him to create, modify, analyze, and optimize designs.

He then uses finite element analysis, a unique skill of his within the company, to test loads on the CAD models to determine where stressors are. By using the finite element method, Pedro can test loads to see what areas need reinforcements. He also helps with structural testing from time-to-time.

So that’s his day-to-day.

At Windlift, he says that he really appreciates the rapid prototyping process. He explains that “Compared to a big manufacturer where it takes forever to get the approval to change or do something, you can spearhead things and work quickly here.”

“I find the whole concept of variable altitude, to get the wind that you need, exciting,” Pedro says. “This is one of the centerpiece elements that makes it different from a traditional wind turbine, which keeps you stuck at one height, versus where you can go higher or lower with airborne wind energy.”

Airborne Wind energy technology strips away the tower of conventional wind turbines, resulting in a system that uses 95% fewer materials. Replace the tower with a tether. The resulting system can adjust its height to align with the strongest, steadiest winds.

Besides flying gliders, Pedro enjoys reading about history, archeology, and psychology. Historical movies are his jam. His music taste is unique. When he’s in a meditative mood, he listens to Gregorian chants (music composed 500 to 700 years ago). Listen to Patrick Lenk, if you’re intrigued. On the opposite end of the spectrum, he enjoys power metal when being active. And then, sea shanties, of course. 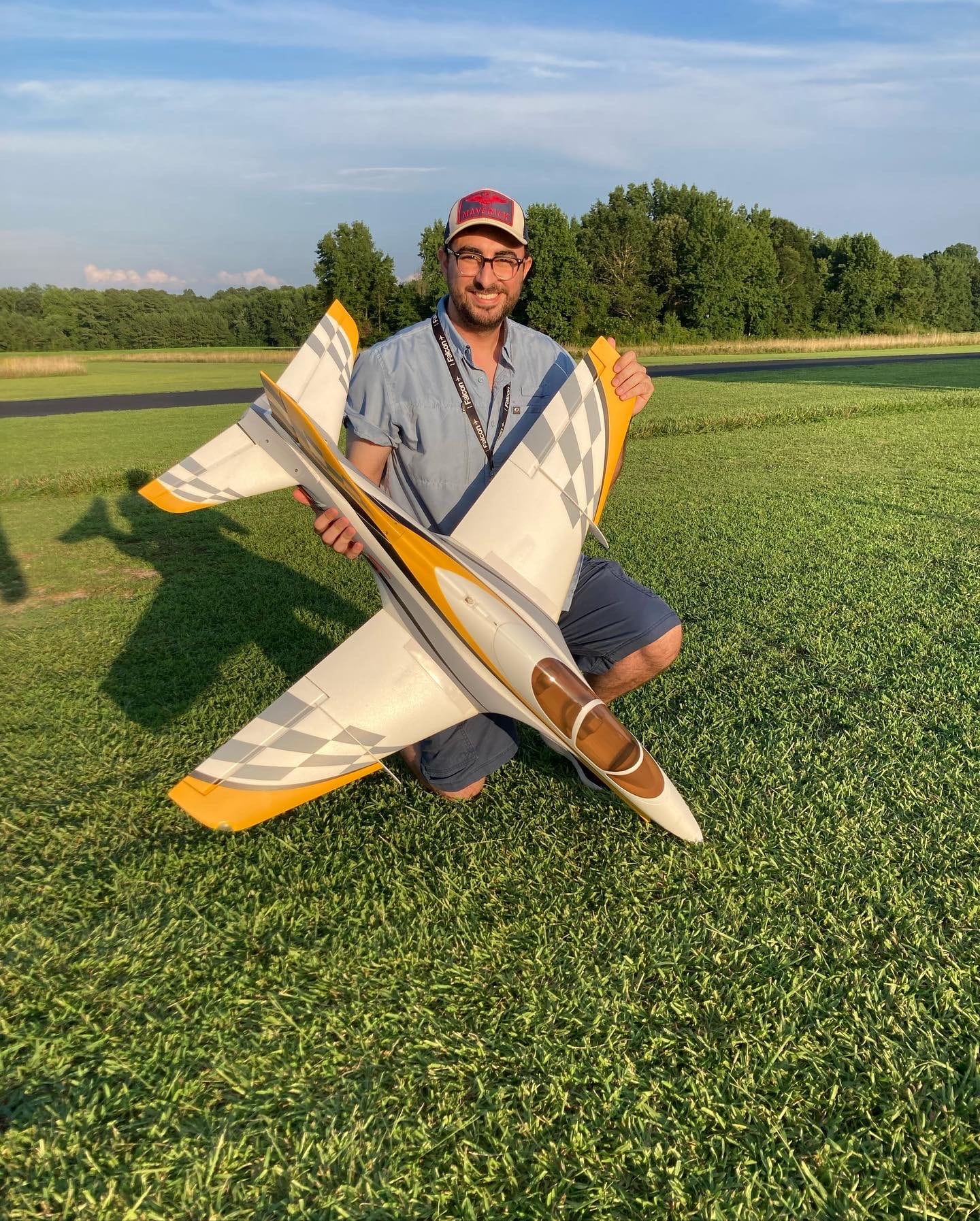 He is a transplant to Cary, N.C., and has found that the high concentration of Indian cuisine has helped him expand his palate. He likes to try everything, though he says, “Usually I like anything with meat. Anytime I sit down and eat something without meat in it, I feel like I just had a bag of potato chips.”

And then finally, the ability to stop time would be his superpower.